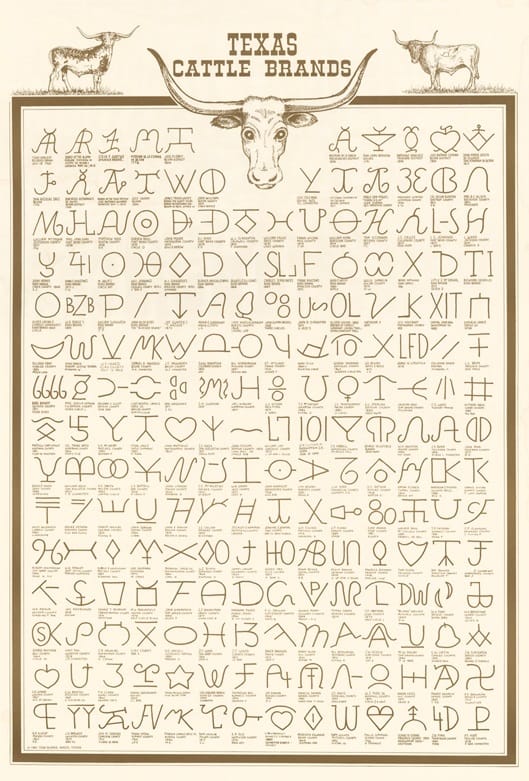 I do brand messaging, which is the expression in writing of positioning and brand identity.

On the most basic level that means writing compelling words, which applies to every kind of sales and marketing. Sometimes it’s useful to refer to this as just key copy, or key messages. But to really understand how brand messages are composed, you have to understand where they come from:

Positioning is owning a word in the mind

A Short Story About Branding

Let’s back up. I talk more about positioning later in the post but first I want to discuss branding, which is the older of the two concepts.

If branding is the mother of brand messaging, what does branding mean? I get asked this question sometimes by people outside of the internet and marketing worlds. People are understandably skeptical

At one point, branding meant holding down a cow and burning its flesh with a hot iron fashioned with a symbol, or initials.

Ranchers branded their cattle to mark ownership in an era when cattle theft was rampant. For more on that, read the Lonesome Dove tetralogy set in frontier-Texas. Or set in frontier-Mexico, depending on your vantage point. In fact, the branding tradition was inherited by Anglo-American ranchers from their Mexican counterparts. The conquistador Hernán Cortez branded his herds with three crosses, an allusion to his religious beliefs. Among both people’s, a brand was one’s name, initials, or often a complex symbol.

Branding is one of those things that’s probably been practiced in every part of the world for a long as animal husbandry has existed.

So it’s not surprising that a brand came to mean a logo. So would you think that “to brand”, the verb, would mean, putting a logo on something? Does your business need a logo? Let’s “brand” your business.

Except that’s not all. When people love a word, they’ll apply it to anything. That’s why we now use the word culture, which use to be a variant of cultivation, to mean “ethos”. So brand and branding kept acquiring new meanings over the years until finally, it made the leap from the small little symbol to … everything, according to Dan Pollata.

When I got started in web design and development 20 years ago, branding was not a common term. It was still confined to the design team and even then it was used gingerly. The word “design” was much more common. It did mean something more than design though; it meant creating a personality or a psychological profile and associating it with an organization.

Like Aunt Jemima and Betty Crocker. So the challenge became unifying design elements, typography, colors, patterns with the brand. And to some small extent, that challenge wasn’t just visual but also behavioral. Is the way a user interacts with a website “on-brand”?

But branding has continued to evolve since then.

Now branding is used to mean expressing your personality, I suppose. And we have this concept of “personal branding”, which Amanda Hess wrote about yesterday in the NYT Magazine. She laments the dominance of branding over our lives

“ But now branding has taken over not just work but life itself, seizing control of our appearances, our social relationships, even our approach to civil society. “

Can’t argue with that. And that’s what makes brand messaging an important practice for someone like me who uses words in their work. Here’s how I define brand messaging:

Choosing the words that accurately describe a company’s unique value proposition but in a way that is consistent with its collective personality.

The starting point is positioning

Speaking of unique value proposition, earlier I touched on the importance of positioning to good brand messaging.

Anytime you practice marketing your services, the first step is to determine (or re-determine fairly consistently) your positioning. As we saw from the Al Ries quote, positioning can be thought of as owning a word in the mind. In the mind of your buyers, that is. And usually more than one word.

Actually, Al Ries, who introduced the concept of positioning to the business world with his 1974 classic entitled Positioning, was concerned with the world’s largest consumer goods products, Coke, Ford, etc. So he really meant a single word, such as “cola” or “sedan”.

But when it comes to complex technical or creative services like technology consulting, UX design, enterprise CMS development, digital advertising, or high-level recruiting, it’s probably impossible to reduce your positioning to one word, let alone own it. A newer generation of positioning experts, like David C Baker, Blair Enns, and Philip Morgan, have expanded on the classic paradigm put forth by Al Ries.

Brand messaging as a way to dress up crosshair positioning

There are several types of positioning, but the most reliable formula is horizontal + vertical, or what is known as crosshair positioning. Crosshair positioning for B2B consulting firms and agencies answers the questions: what kind of problem do you solve and for whom? And by implication, how?

My own positioning, for example, answers that questions as follows: helps B2B consulting and SaaS firms with lead generation – by providing positioning-based SEO and conversion copywriting.

That’s why I believe every brand messaging initiative, whether one-time or ongoing, has to start with positioning. Positioning is not easy but it makes lead generation MUCH EASIER.

And it provides you with the starting framework for all your marketing efforts: your brand messaging – your keywords, literally.

Throw in your brand identity, the type of company you are, the type of personality you have, the way you speak and now you have a not only a unique value proposition but a distinct and memorable identity.

Update: I wrote another article providing a formula for brand messaging.